Crescent Petroleum has been operating as a regional upstream and midstream oil and gas company for over forty-five years. It began its activities in the early 1970’s as the first regional, independent, privately-owned Middle Eastern petroleum company to engage in the acquisition, exploration and development of petroleum concessions and the production and sale of crude oil, petroleum products and natural gas.   Since that time, our diverse international operations in a wide range of conditions have brought valuable experience as an upstream petroleum company.  We have significant expertise in the following areas: 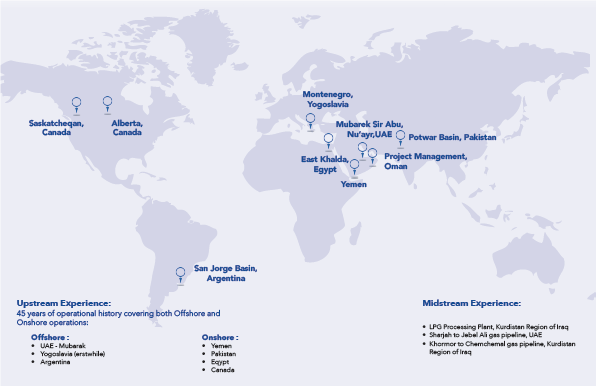 Hydrocarbon Exploration
Crescent Petroleum has extensive historical experience of conducting exploration programmes across many regions, some under very difficult and challenging environments, including political upheaval and civil war. 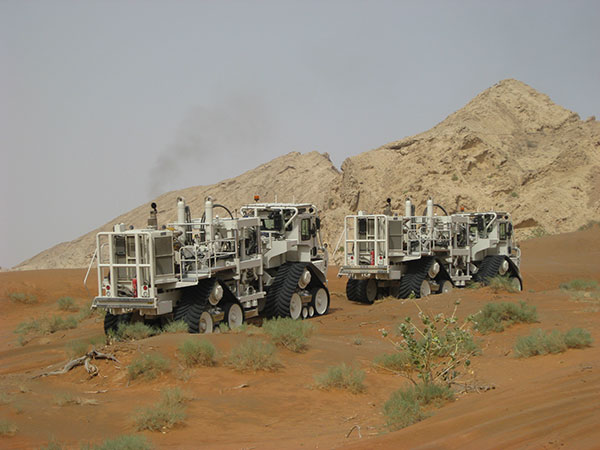 These successes were only possible due to Crescent's pioneering spirit and regional knowledge which enabled the company to successfully carry out its operations..  In parallel to this valuable regional knowledge, Crescent has also developed deep expertise in seismic acquisition programmes, including the processing and interpretation of the seismic data to successfully decide on the location and target of exploration wells.

Read More
Hydrocarbon Field Development
Crescent Petroleum has developed considerable experience and expertise in all aspects of Hydrocarbon Field development both offshore and onshore. This experience has been built up over 45 years of developing the complex offshore Mubarek Field in the UAE and the Onshore Khor Mor and Chemchemal Fields in Kurdistan Region of Iraq.

Crescent Petroleum has successfully taken these fields through the traditional field lifecycle on a fast track development, utilizing best international petroleum practices at record speed and reasonable cost. This experience has been complemented by exploration and drilling operations conducted in other regions of the globe.

Crescent Petroleum is also experienced in all aspects of the management and operation of structurally complex high pressure, deep carbonate reservoirs through the successful operation of the Mubarek Field.  Drilling in the Mubarek Field was challenging because of the incidence of a thick plastic salt layer, fracturing, high-pressure water flows and a complex sequence of over-pressured and under-pressured formations. Crescent held the world record in the early 1990s for drilling the world's deepest short radius horizontal well and the deepest slim hole to be cased by expandable casing.  Crescent also set a regional operational record in completing the complex Mubarek K2 well, with a highly challenging programme involving horizontal drilling combined with coiled tubing technology and a complex completion matrix at great depths.

Crescent Petroleum also takes pride in its reputation for agility, operational excellence and ability to bring fields on-stream in record time, while diligently maintaining strict cost efficiency. The Mubarek Field discovery wildcat was drilled in 1972, with field development being put on fast track mode and completed in a record period of 13 months from the discovery confirmation well, to full production at a rate of over 60,000 bopd,. This set a world record for the time of the time taken to bring an offshore field on-stream from first discovery. 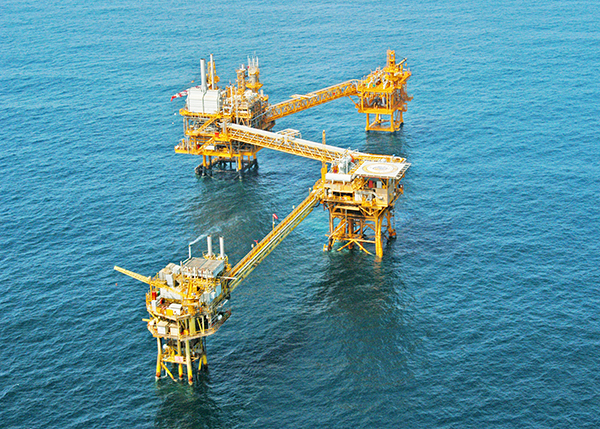 In the Kurdistan Region of Iraq, Crescent along with its affiliate Dana Gas, entered into Strategic Alliance Protocol with Kurdistan Regional Government in 2007 to appraise, develop, process, market and sell petroleum from the Khor Mor and Chemchemal Gas Fields. The first phase was to provide natural gas supplies to fuel two major domestic electric power generation plants being built in Erbil and Chemchemal, as well as for local industries and export. First Gas production from Kor Mor and delivery to two local power stations commenced in October 2008, 18 months after contract signature in April 2007. The current production at Khor Mor is approximately 320 MMSCFD of sales gas (delivered to the two power stations), 14,000 barrels per day of condensate and 1,000 Tons per day of LPG. A 180km pipeline was also built through a harsh and mountainous environment, littered with land mines in the Chemchemal to Erbil section with serious security and logistics challenges and an inexperienced local workforce. A benchmarking study conducted by independent industry analysts found that this project outperformed similar projects in Iraq by approximately 25% in terms of costs. The fact that project completion was achieved at a lower cost, is a significant achievement as per the study.  These achievements were primarily a result of Crescent’s ability to mitigate technical and commercial risks and its flexible approach to project management and fast-track scheduling. Construction of the Khor Mor pipeline was the first major petroleum project by a private company to be undertaken in Iraq since the Gulf War, which further highlights Crescent’s pioneering spirit and resilience to excel in adverse conditions

Another area which Crescent has recently entered is the “Unconventional” space. The development of Unconventional resources is a major industry trend, fostered by the technical advancements of hydraulic fracturing and horizontal drilling, which has heavily impacted the economy and energy markets in North America. Unconventional exploration is also starting to gain traction at a global level, including in the GCC region. As a part of Crescent Petroleum’s commitment to be at the forefront of the industry’s major technological development, we have signed a Joint Studies Agreement with the Sharjah Petroleum Council (SPC) and Sharjah National Oil Company (SNOC) to evaluate the potential for Unconventional resources in Sharjah.

Read More
Gas Commercialisation
A particular area of focus for the long-term growth of Crescent Petroleum’s business is the development, marketing and utilization of natural gas assets in the region. 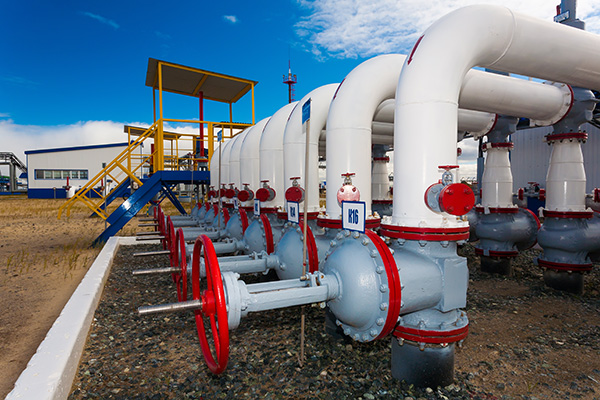 At a time during mid 80’s when natural gas was widely understood as an undesirable byproduct of oil production, Crescent Petroleum took a contrary long-view of the regional market and invested its resources accordingly, pioneering a number of initiatives that inevitably placed us at the forefront of the region’s integrated long-term gas projects.  From upstream, through midstream, distribution and transportation and even into downstream gas processing and facilitating gas based industries, we as a local regional company have sought to realize the maximum added-value of locally-produced gas, as opposed to focusing just on exports as many IOCs with little incentive to develop the local economy tend to do. The value addition brought by Crescent’s projects to the economies of UAE and Kurdistan Region of Iraq are elaborated under the “Social Performance and Sustainability” section.

In 1985, Crescent Petroleum arranged the first ever commercial, inter-emirate onshore gas supply contract in Sharjah for the UAE Federal Ministry of Electricity and Water and established the first offshore inter-emirate gas supply and sales agreement between Sharjah and Dubai by building a dedicated 92 km offshore pipeline and associated central gas processing facility from its Mubarek Field in Sharjah to land at Jebel Ali in Dubai.  Today, with the new paradigm shift in oil prices, the gas business in the Arabian Gulf is set on a rapid and important growth path, providing a booming market for the gas supplies necessary to fuel power plants, and the rapidly growing sector variety of gas-related industries. Crescent Petroleum's pioneering role in the gas market has led to the formation of a gas marketing company under the name of Crescent National Gas Corporation (CNGC). CNGC’s operations involve: 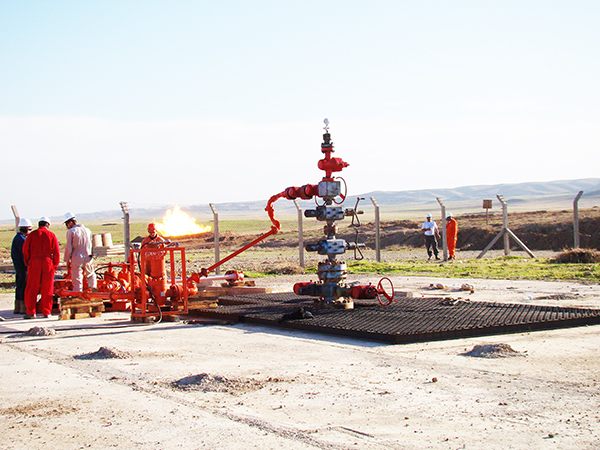 Crescent Petroleum continued its pioneering role in 2005 by playing an instrumental role in establishing Dana Gas which trades on the Abu Dhabi Securities Exchange and is the first publicly listed energy company in the region.  At the time, the IPO had a demand of AED 290 billion on a public offering of AED two billon. Crescent Petroleum is the largest shareholder of Dana Gas and this allows us further participation across the full gas and value chain. In 2007, Dana Gas completed the US$ 1billion acquisition of Toronto Stock Exchange listed Centurion Energy acquiring assets in Egypt, Tunisia and Nigeria. Today, Dana Gas is one of the largest independent gas producers in Egypt thereby expanding Crescent’s footprint into this important North African country.

In 2008, Crescent and Dana Gas established Gas Cities Ltd as a 50-50 joint venture to develop gas-intensive industrial cities in the region in line with our commitment to making our shared energy future more sustainable.  The Gas Cities concept involves the clustering of energy-intensive industries, which in turn delivers significant efficiency gains by allowing for the sharing of utilities and infrastructure, all powered with clean natural gas.

Further examples of Crescent Petroleum's pioneering role in gas commercialization was the Gulf South Asia Gas Project (GUSA).  GUSA was a conceptual study launched by Crescent in 1990 as the first workable project for producing, transmitting by pipeline and delivering natural gas from Qatar to Pakistan and eventually other parts of the South Asia.

Read More
Social Performance & Sustainability
Crescent Petroleum is deeply committed to operating in a manner that honors our employees, environment and local communities from which we draw strength. 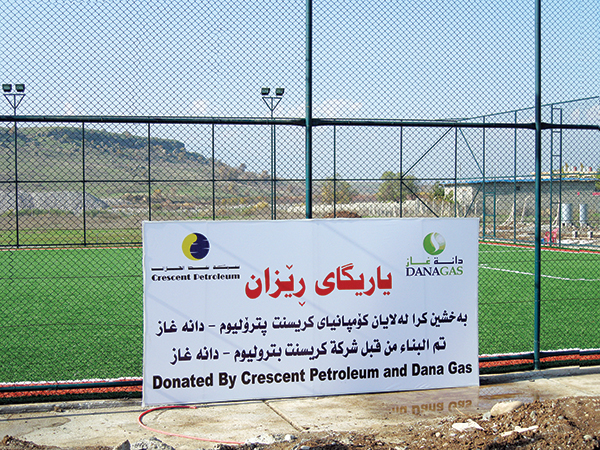 We have invested in growth and shared prosperity and we are proud of our work in Sharjah, the Kurdistan Region of Iraq and Egypt, where we have had a significant impact on the wider economic and energy landscape, as well as the social fabric of the local community. We will continue to partner with educational institutions, non-profit organizations and other private sector entities to help empower the regions youth, ensuring that they have the skills that this region needs now and in the years to come. Through our various sustainability initiatives, we aim to be aligned with the United Nation’s 2030 Agenda for Sustainable Development.  Our effort to reduce unemployment, enhance access to education and ensure the transition to energy-efficient gas projects to make energy readily available to all reflect our commitment to the global sustainable agenda.

Apart from contributing to the GDP of the economies we operate in, Crescent Petroleum has always been an active supporter of various philanthropic activities in the region specific to education & arts, promoting and preserving cultural diversity and heritage. Some notable contributions are:

Read More
Regional Knowledge
Success in Oil & Gas industry and region is not merely a function of being technically, commercially and financially sound but also requires an in-depth knowledge and understanding of the cultural and social context within which business is conducted. 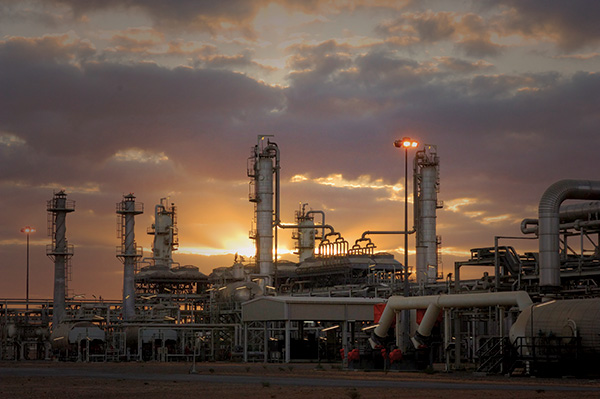 Crescent Petroleum brings extensive regional petroleum industry knowledge and experience, shared local cultural values and a strong commitment to the development of energy resources in our region; as our record shows, we are clearly the partner of choice in the region. Crescent Petroleum’s regional expertise and strengths include: 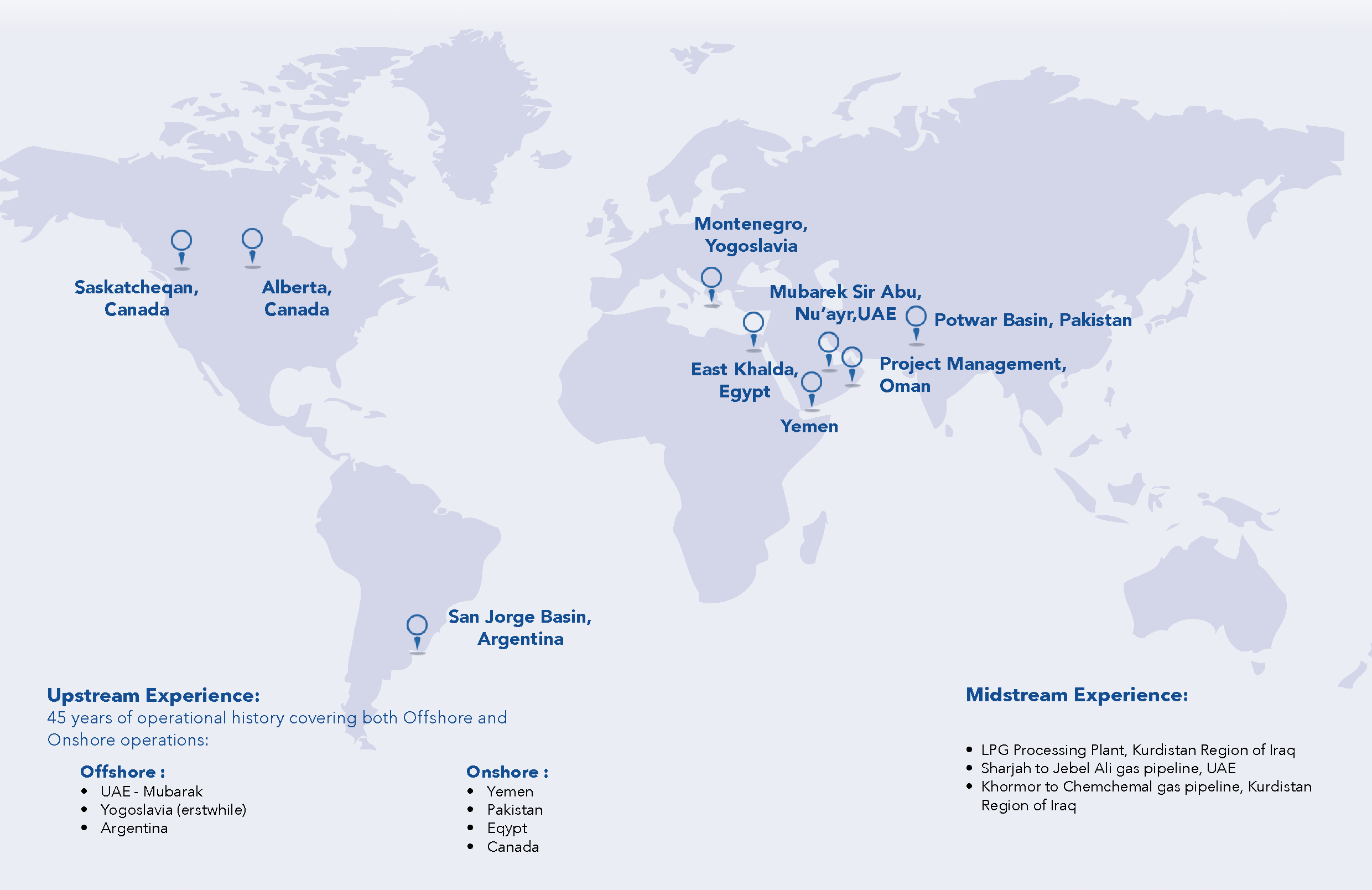