Buttes Gas & Oil Co. International Inc., a subsidiary of Crescent Petroleum, is the concessionaire in the Protocol Area, offshore Sharjah. The Concession was signed in 1969. Following offshore seismic work in 1971, the Mubarek Field discovery wildcat was drilled in 1972, and field development was then put on fast track. Within a record period of 13 months from the discovery confirmation well, the field was put on full production at a rate of over 60,000 bopd, with the drilling of three additional wells and the installation of the processing platform and an additional well head platform, export loading terminal, and all associated support structures and pipelines. This was a world record at the time for bringing an offshore field onstream from first discovery.

Gas sales were established with Dubai in January 1993, through a purpose-built 92 kilometre offshore gas transmission pipeline of 150 MMscfd capacity, built and operated by Consolidated Transmissions Inc., a wholly owned subsidiary of Crescent Petroleum.

To date over 100 million barrels of oil and condensate, along with approximately 300 Bscf of natural gas, have been produced from the Mubarek Field. This has been achieved at a very efficient finding and development cost of US$ 2.90 per barrel despite the great reservoir depth and complex stratigraphy. At the peak of production, the Mubarek Field was producing an estimated 60,000 barrels of oil per day. Individual well cumulative production ranged up to 22 million barrels. All wells have had reported recoveries in excess of one million barrels.

The generated Governmental revenues from the 1969 Concession granted to Crescent have contributed significantly to the development of Sharjah.

Crescent Petroleum has developed considerable experience and expertise in all aspects of management and operation of structurally complex high pressure, deep carbonate reservoirs. This experience has been built up over 40 years of operating the Mubarek Field and in exploration and drilling operations conducted elsewhere in the Middle East and North Africa. The Company is very well qualified to optimize the performance of similar complex reservoirs, and recognises this as one of its core competencies. 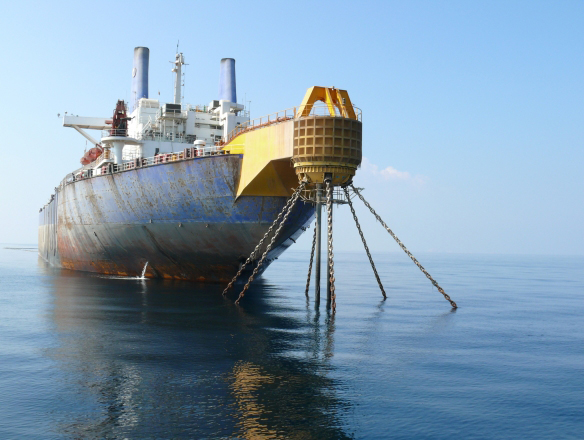