In addition, Crescent Petroleum and Dana Gas were appointed to develop, process and transport natural gas from the Khor Mor Gas Field, and to also concurrently appraise the potential of the Chemchemal Gas Field, in order to provide natural gas supplies to fuel domestic electric power generation plants in Erbil and Chemchemal.. Further development of the gas reserves are planned to supply natural gas as feedstock and energy for local industries and also for export.

In May 2009, Crescent Petroleum and Dana Gas entered into strategic partnership agreements with OMV and MOL for the joint development of the Khor Mor and Chemchemal Gas Fields. OMV, Austria’s largest listed industrial company, MOL Hungarian Oil and Gas Company, Hungary’s largest listed company, are two of Europe’s most dynamic integrated oil & gas companies and the original architects of the Nabucco gas pipeline project. OMV and MOL each acquired a 10% equity interest in Pearl Petroleum Company Limited, the  Company which holds Crescent Petroleum and Dana Gas’ interests in the Kurdistan Region of Iraq.

The first stage of the Khor Mor Field development involving the hook up, testing and re-commissioning of existing gas wells, acquiring 2D seismic, installing gas separation and treatment facilities and installation of 180kms of pipeline was completed in a record time of 15 months and first gas deliveries to Erbil commenced in October 2008.  The  gas is pumped via the 180km pipeline to two power plants in Erbil and Suleymania. The pipeline passes close to other gas fields and will have  spare capacity to transport additional volumes of gas at a later stage  The second stage involves the installation of a 2-train liquid petroleum gas (LPG) plant, which is scheduled for completion in the first half of 2011. The ultimate gas production capacity of the LPG Plant is 300Mmscfdl, and further processing capacity will be added to handle additional gas quantities as they become available.. The total investment of the Khor Mor development is over US$ 800 million.

The Chemchemal appraisal programme includes acquiring seismic data, re-entry and re-testing of an existing well and drilling 2 appraisal wells. Chemchemal gas field is a large elongated anticline situated in the folded Zagros foreland basin. The structure is approximately 70 kms long by 5 kms wide, and is made up of three domes. The estimated cost and duration of this initial appraisal work programme is approximately US$  75million and 12 months respectively. A development programme for full field development will be proposed based on the results of the appraisal programme.

These projects comprise the largest private sector oil and gas project to be implemented in Iraq for several decades. The gas produced is  supplying the urgently needed electricity for over four million Iraqi citizens.  In addition, this will provide Iraq with savings of approximately US$2.5billion a year from the displacement of liquid fuel import costs.

The Company also plans to  launch Kurdistan Gas City, a major new gas-utilisation industrial complex designed to promote private sector investment in a variety of gas-related industries that will benefit the Iraqi people through job creation, training and the promotion of general economic activity. 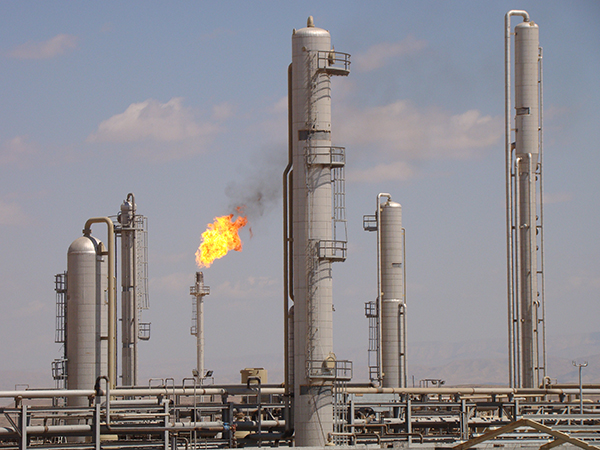