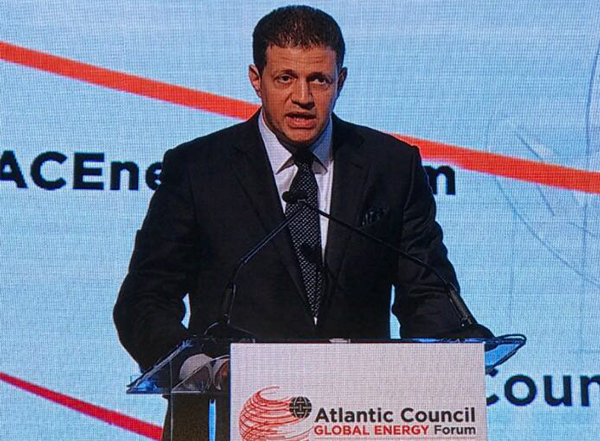 Natural gas is set to emerge as the world’s second most important source of energy over the next decade, according to the CEO of the Middle East’s oldest private oil & gas company.“The global gas market is expected to grow over the next 15 years to overtake coal as the world’s second energy source after oil, and the Middle East region with its 43% share of the global proven reserves (80 trillion cubic meters) will be a major contributor to this growth,” said Majid Jafar, CEO of Crescent Petroleum and Board Managing Director of Dana Gas, speaking at the first Atlantic Council Global Energy Forum in Abu Dhabi.

“Cost effectiveness of natural gas and its unparalleled chain value in comparison with other alternative fuels are major factors that will positively influence the natural gas market scenario in the Middle East, and encourage gas producers to invest more in exploring and developing further resources in the region”, he added.

“Natural gas produces nearly half as much carbon dioxide per unit of energy compared with coal; so it is the best fuel in terms of affordability, security of supply and cleanliness as we transition from fossil fuels to renewable energy. Moreover, more major gas discoveries are taking place worldwide, which will add more supply security for long term demands” Jafar added. He also highlighted the impact of the recent OPEC deal, in which the Middle East shouldered the responsibility for majority of oil production cuts.

The first Atlantic Council Global Energy Forum, a two-day initiative held in partnership with the Energy Ministry of the United Arab Emirates, will address disruptive trends in energy systems and technologies, and examine oil, gas, nuclear, and renewable energy market developments in the context of major political and security challenges.